Thanks to DECA’s Visioning Committee for this important transit update & meeting notice. Please help us spread the word! 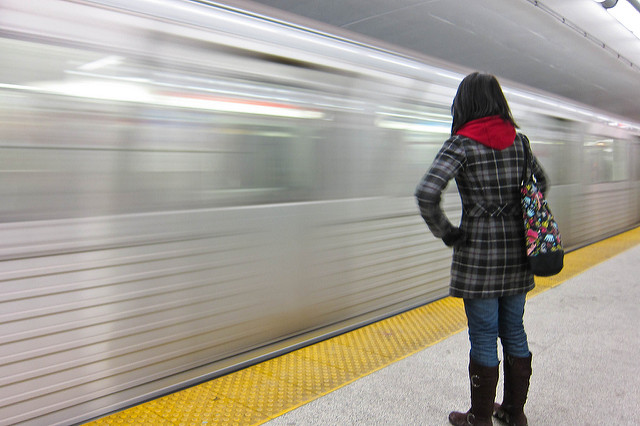 Most of us live near the subway and many paid extra for their homes as a result. But if you’ve ridden the subway downtown in the morning rush hour in recent years, you know it’s getting hard just to squeeze onto a train. With ridership on the Bloor-Danforth up more than 25% over the past three decades, lots of people in the DECA area are finding that trains are already full when they get to stations such as Main Street, Woodbine and Coxwell. And the situation may get worse if the new subway extension from Kennedy to Scarborough Centre succeeds in attracting more passengers.

Metrolinx, the provincial transit agency that operates GO commuter trains on the rail corridor south of the Danforth, is planning upgrades that would increase train frequency to every 15 minutes, as well as a switch to quieter electric trains and the addition of a kiss-n-ride facility at the GO Danforth station. It might be part of a solution for us, especially if the mayor’s SmartTrack plan can further enhance the improvements by piggybacking onto Metrolinx’s so-called Regional Express Rail plan.

But will RER and SmartTrack be enough to adequately serve our neighbourhood’s transit needs, especially since the city’s proposed Downtown Relief Subway line won’t come east of Pape? To what degree might the addition of a fourth track to the current three-track corridor create the need to expropriate land or produce disruptions from things such as bridge reconstruction? If the new electric trains allow us to increase the frequency of stations, why is the DECA area not being considered for an additional one?

Construction may still be a few years off, but your local chance to ask important questions is this coming up fast:

Monday, Nov. 7, at Hope United Church, starting at 6:30. (A second east-end public meeting will be held on Wednesday Nov. 16 at Riverdale Collegiate).

To learn more go to Metrolinx.com/DonRiverScarborough