For this series of blog posts marking our #DECAde, we are looking back on where DECA started, how far we’ve come and where the next 10 years might take us and our neighbourhood. We are including interviews with some of DECA’s founders and other info and tidbits from DECA’s “archives” 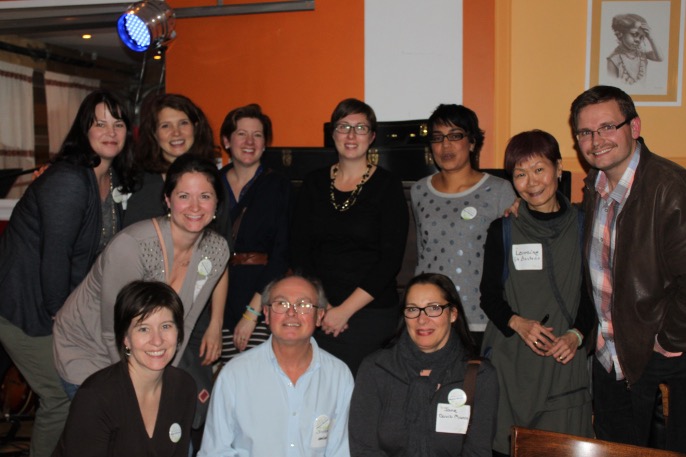 Parts 1 and 2 of series described what the neighbourhood was like 10 years ago and how a group of people came together to start DECA. This post is about what  happened next. As you know, fair reader, the DECA Diaries blog was our only communication tool for many years before Facebook, Twitter and Instagram helped us expand our reach. Lovingly written by DECA’s founding Chair, Natasha Granatstein from 2008-2011 when every post was written on an actual computer (not on an iPhone like this one) and event posters were still actual pieces of paper and not JPEG files so the words that Natasha wrote had to be crafted carefully – and they were.

In the past nine years of the blog (it began as an email newsletter), we have posted 1160 times. Each post takes anywhere from 20ish minutes to a few hours of someone’s spare time, to help get the word out about our community. More than 1200 people subscribe to the blog and many more read it via Facebook and Twitter. The blog is now managed by a small team of volunteer bloggers and a volunteer editor (yours truly). Turns out, the blog is also our unofficial archive.

Here’s a look back courtesy of the blog at some of what we’ve done to change the neighbourhood over the past #DECAde.

The store did so well after this makeover, the owners bought their own building and moved a bit west where they remain today.

July 2009: Square Dancing at the Market

Our weekly market posts didn’t start until a few years in, but this post was a sweet reminder of a wonderful night at the market (in its third year by 2009) where people of all ages came to square dance!

November 2009: Our first annual cocktail party (that was secretly also our AGM)  at Melanie’s Bistro. No e-version of the poster back then so the blog post is our only proof! 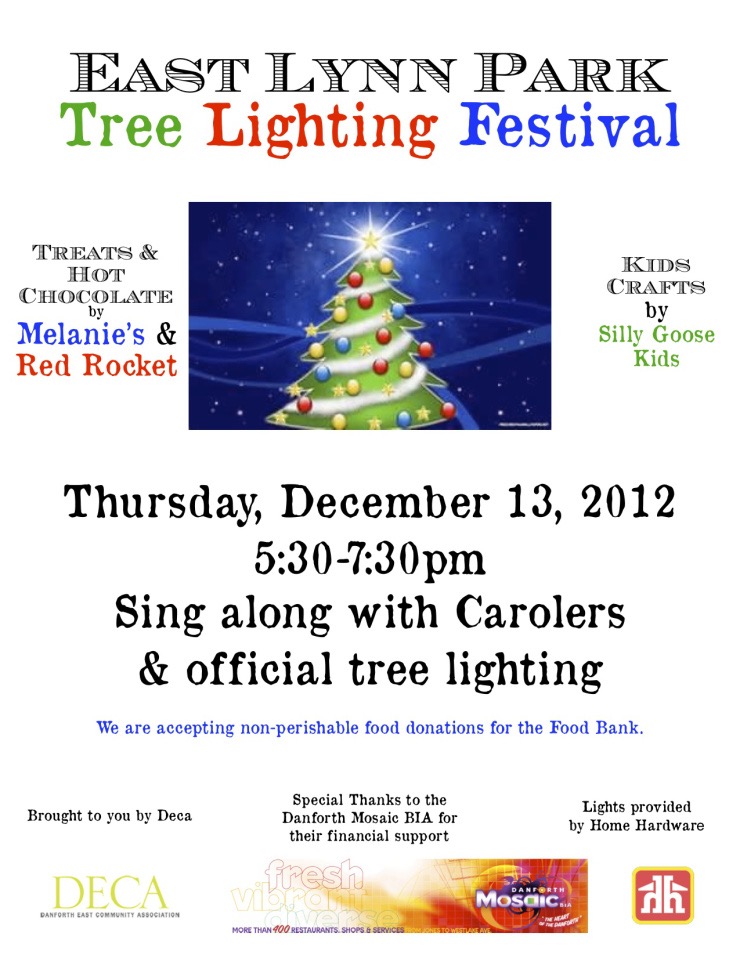 May 2012 – carrot gets a buddy: the birth of the broccoli costume!

What shows a deeper commitment to improving one’s own community than dressing as vegetables to promote our local farmers’ market during rush hour?!

This was back when it was solely run by a team of DECA volunteers, based on the Renew Newcastle model we learned about earlier that year. Incredible!

We asked you what you wanted for our neighbourhood and mapped it and made a video found in this follow-up blog post. (The post also shows our first laneway revitalization effort more than three years ago!)

It was a total love-in and so many people learned of new places to shop, eat, play, get their car fixed, hem a skirt, get a haircut, buy flowers and on and on. Search the hashtag #DECAGems on our fb page or blog to look back. Anyone remember who won?

DECA’s social justice group launched with this fundraiser where participants slept outside (in December!) to simulate what Syrian refugees were experiencing for months in camps. The goal was $10k. In the end, we raised $28,500, helping  several Syrian families come to Canada.

We have a thriving LGBTQ+ community in the east end but no groups or events. DECA Pride changed that!

To raise money to support the $2000 DECA Young Leaders Scholarship established in 2016.

This has been an amazing decade-long experiment in being positive and making changes that many people say have transformed our neighbourhood.
Want to join us?

If you want to get in touch, send us an email.