If you haven’t met Sheri Hebdon yet, you really should. She’s funny, whip-smart and can whisper into power’s ear at Queen’s Park, where she works.

She was tricked onto the board, she likes to say, and it’s true. We invited her to the neighborhood DECA party, and once she arrived — with her baby Nate in her arms — we told her it was in fact the annual general meeting, and would she like to be on the board? She was so delirious from exhaustion, she hardly remembers holding up her hand.

Last fall, with Anita stepping down as chair, Sheri bravely put up her hand again. By then, she had three little kids and a full-time job.

Here is SHERI HEBDON, in her own words…. 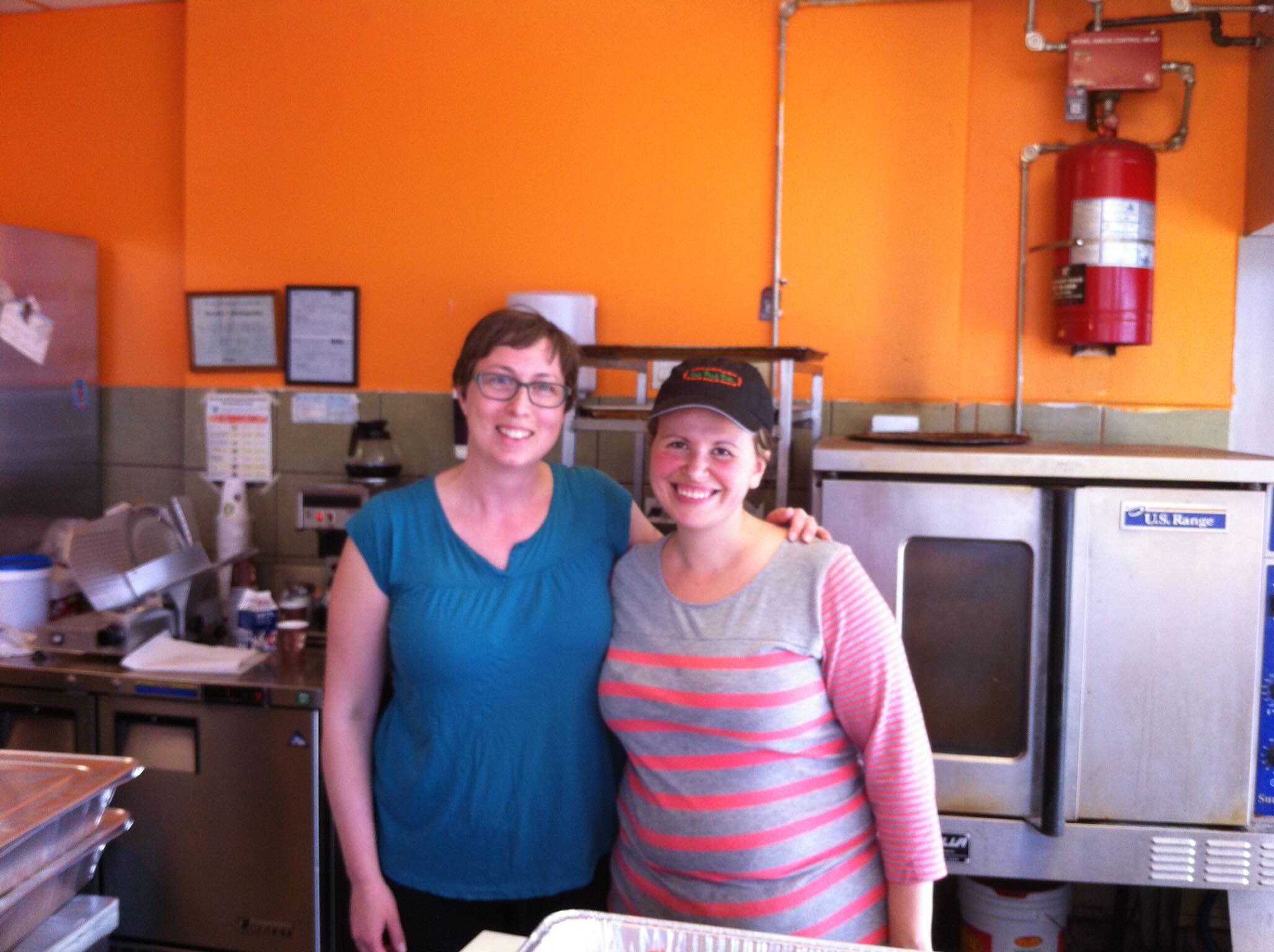 One thing people don’t know about me is… My parents started and ran the local neighbourhood association when I was growing up in Willowdale, so I am genetically inclined to volunteer for DECA. Their association launched to fend off developers who wanted to build a condo on an unused school. They were successful and the school re-opened as a French immersion elementary school, although it seems that the land is in question again.

Mel Lastman (Mayor of what was then North York) lived up the street from us and he never paid the $5 to join the association, which always annoyed my mom.

I moved to Danforth East … in 2005, and was renting. Then, I got an email one morning about the listing for a home on Oak Park and I drove by that afternoon when my baby son unexpectedly fell asleep in the car. I told my wife that evening that I had found our house and we hadn’t even seen inside. Offer day came and there were nine offers but somehow we got it! It was our first offer ever and we have loved the house every single day that we’ve lived here.

One change I’ve seen over the years…. So much has changed in the last 10 years it is hard to choose just one. Truthfully, the walkability of the neighbourhood is what’s really different. I remember when Melanie’s first opened and it was the first restaurant and the first new place to open. Now we have so many shops, cafes and restaurants – it’s fantastic! I love weekends when I don’t even have to get into my car (okay fine, it’s a minivan).

The thing I love most about Danforth East is… that this feels like a small town. Everywhere I go, I run into neighbours and friends and there’s always someone to say hi to. It’s really something and it’s unique to this neighbourhood. All of this but with all of the amenities of a big city – truly the best of both worlds.

My biggest local pet peeve is… I can’t say what my biggest is (I don’t want to implicate anyone!), but my second biggest is the cigarette butts along the Danforth. I can’t understand why people don’t see throwing their butts on the ground as littering, because it is!

My neighborhood secret is…  My weekend isn’t usually complete without a trip to Silly Goose with at least one of my three children. It is such a special place, not just because of what they sell but because of how committed they are to the neighbourhood. I also love getting lattes at Seb’s Cappuccino and then going to East Lynn Park with the kids.

The place I go in DECA’s stomping grounds that you’ve likely never frequented is… Basil Thai Kitchen at Oak Park and Danforth. They serve Thai, Malaysian and Burmese food and it is so fresh and flavourful. It is also well priced, and my kids like it too which is always a win!

We also love Oak Park Deli at Lumsden and Oak Park. Toula, the owner, opened it 8 years ago, when she was pregnant. Her family has owned the property for decades. Two of her sisters are ECEs who have looked after lots of neighbourhood kids and the other sister is a talented cake decorator.

We love the Oak Park Deli for their pizza. The toppings are all fresh and homemade and the pizzas are enormous and so reasonably priced. A large really is large!  The only warning is that it makes it hard to order from chains after you get used to real ingredients.

The thing I’ve done as a DECA board member that makes me most proud is… the social media stuff I’ve done, along with Shelley and Amanda. It is a lot of work but I love being in a position to spread information to others. I think DECA’s online presence sets a tone of positivity and community and I am one of the people behind that.

This year, I hope to finally … I am really excited to be the Chair of such a strong Board this year. I want to make sure that people feel valued and appreciated because people give so much of themselves to make things like the Farmers’ Market, Arts Fair and the Garage Sale happen. I also want to expand the ways in which we reach out and connect with the community. People want to join with us but it isn’t always easy so we need to get better at finding entry points for people to become engaged.

My final word is …. We are a group of volunteers. We may seem organized and well-connected (or not!) but we’re just a bunch of neighbours who are doing our very best to make this community better and stronger. I invite naysayers, who may think that we aren’t doing something as well is it could be done, to roll up their sleeves and join us. There is always room at our table for more ideas, more help and more awesomeness!