As we indicated in our recent blog post, DECA posed the same questions to every Ward 19 City Councillor candidate with a published email address (on the city election website). We are publishing their replies in the order that we receive them. 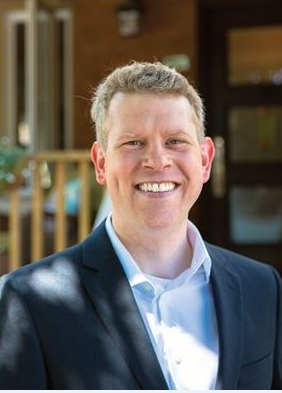 1. What makes you the best person to represent the Danforth East area?

I’ve lived in our community for nearly a decade; it’s where my wife and I have put down our roots, and where we’re raising our two children. I am the best person to represent our area of Danforth East because I care for, and love my neighbourhood and neighbours that I have the pleasure of interacting with daily. I seek to serve, and to
improve the lives of this community, where I live, shop, play, and leisure.

We live in a fantastic area, in a great city, but not without our challenges. I would be the leader for our community that would to recognize and address the various big and small, new and ongoing issues that face our community.

2. What do you think is the most pressing issue for this area, and
what is your plan to address it?

Transit is the biggest issue facing our Ward.

Living by choice in a home without a car, I know the importance of reliable transit to a family and a household.

Our traffic and development patterns require many to travel along the subway, streetcar, or buses towards jobs, schooling, and appointments in the downtown area. Our system is overburdened, and relief planning and funding is deprioritized in favour of transit projects that best serve the electability of our current leadership, and not the needs of
residents.

We need to have a more honest conversation about the timelines, costs, and the way we build transit in our city. In addition, we leaders have to have the principled courage to not move forward with costly and unnecessary transit planning for the sake of perceived political expedience.

3. Who do you support for mayor, and why?

Keesmaat has presented a positive vision of Toronto that I want to get behind – one that speaks to address the most pressing needs our city faces: affordability, transit, and safety.

The policies she has announced over the course of the campaign are bold, stretch-goals, and in the best interest of the city’s residents – the kind of leadership Toronto deserves.

Our city is plagued by leaders who refute data, evidence, and best-practice learnings from peer cities. Jennifer understands that while Toronto is special, our problems are not unique and there are many solutions at our disposal for decisive leaders to implement.

4. DECA took the position that changing the ward boundaries during the election was undemocratic. What do you think about that?

It was unquestionably undemocratic.

Candidates and residents were deprived of a rich, full, campaign period where ideas could be generated, disseminated, debated, and decided.

Instead, despite the City undertaking a multi-year 3rd-party lead review of Ward boundaries and despite the election having been in progress for months, a period of chaotic-uncertainty began. The constant changes and challenges deprived all of an ability to fairly assess potential leaders and to effectively decide the direction of
our neighbourhood and city over the next four years.

The relationship between Toronto and the Province needs to be redefined, as the only barrier to further interference in the electoral process and overall city governance is the will of the Premier.

5. We expect that our area will see a lot of development in the next four years. What do you think about that?

Toronto is managing a good-to-have problem: growth. We are a desirable place to live and locate jobs. That challenge filters down to the Ward level – to make space and to provide spaces that can be afforded by more residents.

The Danforth-East community can expect to see additional development applications in the coming years. As a Councillor, I’d generally be supportive of these applications provided they adhered to design guidelines, enhanced the local community, and acknowledge and mitigate neighbourhood concerns raised during the development process.

I’m also in favour of gentle density increases in our neighbourhoods, allowing for smaller-scale redevelopments (what’s generally referred to as the ‘missing middle’) that provides additional housing options.

6. How will you contribute to a more diverse and representative Council?

This is a great question in light of this election. When the election initially proceeded in a 47-ward model, many diverse (aka candidates who were not like me: able-bodied, heterosexual, white, male, home-owners), candidates were hailed as future civic leaders and received various endorsements from parties and politicians. Once Council size was reduced to 25 Wards, many of these candidates were dropped, or voluntarily stepped aside.

From this experience, I can see we’ll need a different approach to create a Council that’s more reflective of our City, as supportive words can often be hollow without further plans to back it up.

The ways I can contribute to the goal of a more diverse and representative Council are varied, and rely on data and evidence to support the solutions, namely:

– Advocating to change our voting system to one where we rank candidates by order of preference (ranked ballots). Changing the winner-take-all mentality of our current system, to one where collaboration is rewarded, has been shown to have an appreciable
impact on diversity of elected representatives.

– A commitment to not endorse any candidate. I don’t feel it’s right or desirable for a sitting Councillor to endorse another candidate, as they clearly have not had the time nor the will to fairly evaluate all contenders prior to making an informed endorsement
that’s in the best interest of their community. Instead, Councillors should serve as mentors for interested residents in their Ward, and proactively seek out people from marginalized communities to give them the tools, knowledge, and connections if they should seek to run for office. A Councillor’s role is to equip the next wave of leaders, not
to anoint a chosen one.

– A desire to explore municipal parties, similar to the experience in other large Canadian cities (such as Montreal and Vancouver); which would serve to encourage the parties to seek out and present a slate of candidates that matches the residents they’re
looking to represent.
For more information:
416-524-8578
DavidDelGrande.ca