Danforth Gems launched today, and the nominations are already rolling in!

Matt has nominated Sunny’s Auto Clinic on Danforth and Westlake. Matt writes, “One time in the winter I had both of my young sons packed in the car for a trip to Hamilton. Everything was good to go… then I went to start the car. No luck. I called Sunny, he personally came to my house, boosted my car, and brought it back to his shop. He replaced the battery and returned the car to my home.” 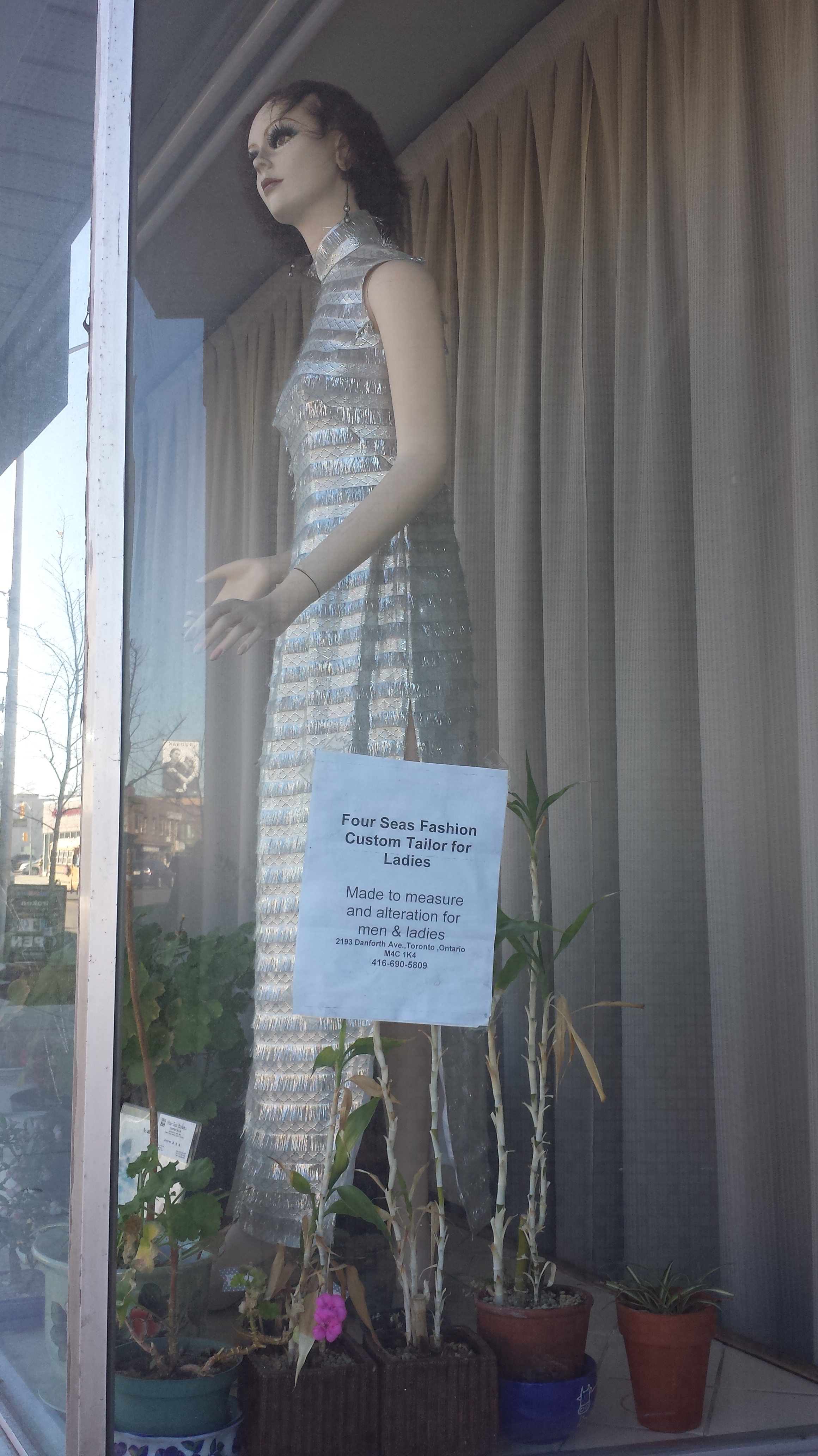 Four Seas Fashion Tailor’s owner, Joseph, started sewing when he was 13. He is a master tailor.

Laurie reveals the impeccable skills tucked away behind “the mannequin in the long faded sequin dress in the window of Four Seas Fashion Tailor.” Laurie says, “Joseph started sewing when he was 13 years old. He’s a master tailor. Joseph’s sewing skills – creating suits from scratch – may not be in high demand these days as buying ‘off the rack’ is more popular and affordable, but his loss is our gain.

Hidden not because they’re in the business of undesirable house pests, Corinne votes for Aetna Pest Control, “the authority on termites in the city of Toronto since 1974.” She says, “Who wouldn’t want to just sit and chat with Dick Murphy for hours with that lovely Irish accent? They deal with creepy crawlies, mice or… gulp, rats! There are other companies who deal with this too, but Aetna is the best. They are local, efficient, and in my opinion, heads and tails above the rest. With a sprucing up in their reception area and window, they could make themselves even more well known in the community.”

Starting today and for the next three weeks, we’re celebrating these and many other local gems! Tell us about your favourite spot in the neighbourhood.

Mention why your nominee is a gem, how it is hidden, and why it deserves the fabulous marketing prize pack consisting of services from designers, a PR and website specialist, professional stagers and photographers.

We’ve received many excellent nominations already, and we know so many neighbourhood gems are still out there! Keep up the energy and keep the nominations coming this way! 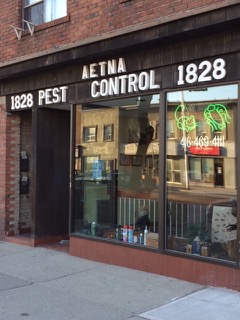 Aetna Pest Control has been in business since 1974.