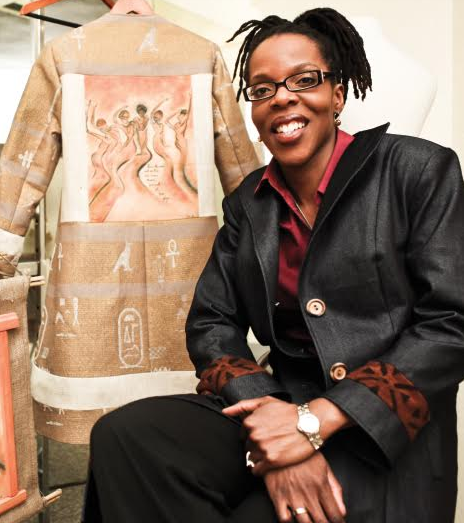 “Sometimes people will ask if I can do my art without the words, but to me
it’s like doing half a painting.”  – Roxane

Roxane loves to read.  Growing up, her head was always in a book. It was with words where Roxane’s journey as an artist began.

Things began to change when Roxane decided to add a sketch to a poem she had written. Somehow it felt like a natural fit to have words and art balancing one another.  Words began to make their way into every* piece and it slowly became her thing – “poetic art.”

Waxes and dyes on cotton.
Colourful images with her handwritten poetry.
Batiks on watercolour paper.
Chalk pastel on wood.

Roxane loves experimenting and seeing where it will go.  Some may question her style and feel that she is pushing her interpretation by adding words to her pieces, but for Roxane, it’s about the freedom to express yourself, however you choose.

As a child*, she always had a creative inclination to make things with her hands.  The idea of making something from nothing is* still fascinating to Roxane, which has served her well as an* entrepreneur.

Roxane began her first art studio in Mount Pleasant and Davisville.  It was a second floor space where she was able to show her work and offer workshops. It was a place to get her feet wet as an artist* and to see what it would be like to own a studio in Toronto.

She went to her full time job during the day and then to her studio during evenings and weekends.  Roxane did communications work for the non-profit organization Canadian Physicians for Aid and Relief (CPAR).  Sharing the work of CPAR brought together her love of story, writing, and helping communities.  She may have continued to run her studio on the side, if it hadn’t been for an event that was out of her control.

After being in her studio space for two years, the* landlord raised her rent substantially. It left Roxane with a problem* – she could no longer keep her studio. Although it was very hard for her at the time, she is* now able to look back and see it as a gift.

Pregnant with her first child, Roxane and her husband decided that instead of staying* in their area, they would look around the city for a place to buy.  It provided control over her destiny and a new place to begin as an* artist*.  When* their real estate agent told them about a Korean church on the Danforth, they weren’t too sure.

Walking in, one had to look beyond the outdated paneling and carpeting. Roxane saw the potential and the ultimate creative project.  Carpet was pulled up to reveal original hardwood. Pieces of newspaper from the 1920s were found beneath the wooden strips and two pieces of art were found hidden inside the walls. It was like the space was meant for her.

If you haven’t been into Fresh Paint Studio + Cafe yet, you need to stop in and take a look. The brick walls have been exposed, the original tin ceiling remains, and calligraphy menu boards feature not only cafe items, but also your art materials. Order a canvas or maybe a wood panel.

Relax.  Unwind.  And Create.  Enjoy a tea or coffee as you* paint.  Nourish your creative spirit with a baked good.  Fresh Paint is a place where you can lose yourself for a little while and simply enjoy the act of creating something with your own two hands.

Fresh Paint Studio was created in the spirit of bringing the community together, people of all ages, to create and to express themselves.  Lego.  Slime.  Paint.  It’s a chance to go back to being a kid again when we simply enjoyed the act of making and we were open to possibility.  (When did we grow* out of that?)

At Fresh Paint Studio, it’s fun to do art again.

For Roxane, finding the time to create is a necessity.  It’s what has her up* at 2 a.m. painting, while her daughter is sleeping and the rest of the world is quiet.  She knows the happiness that art has brought to her life and she wants to share that with others.

Visit Fresh Paint Studio + Cafe for more information about upcoming workshops or to book a painting party or corporate event.  If you would like to drop-in to do some painting and get away for a bit, check out their studio hours at 1849 Danforth Ave.

*Writer’s note: you might have noticed some asterisk throughout Roxane’s story.  Go back through the story and write them out to see a secret message from Pablo Picasso!

Additional posts from The Humans of Danforth East series:

Kari from The Pop Stand

Colleen from The Nooks

Introducing the Humans of Danforth East