So excited for our upcoming Laneway Crawl on August 28th. The Laneway Futures team will be joining us! Thanks to guest blogger Mike Stulberg for this post.

On July 3rd, Laneway Futures T.O met with residents of the Danforth East community to learn more about what community members envision for the future of their laneways. As part of the consultation, passersby in the laneway just North of Danforth Avenue and West of Woodbine Avenue were met with the challenge of reimagining that laneway in the year 2035! Armed with markers and stickers, local residents took to the task of brainstorming potential new uses for some of the things typically found in the laneways today (ex. pavement, garages, curbs, graffiti, etc.). With over 20 participants throughout the day, the exercise facilitated introductions and created conversation, while making areas of common interest between residents visible for all to see.

“Bringing the community together in conversation around this shared resource may prove to be an important first step towards making collective improvements to these spaces…whatever improvements this community would like to see” says Mike Stulberg of Laneway Futures T.O

In a city with a growing need for residential, commercial, recreational, and green spaces, many believe that Toronto’s 300km of laneways are a significantly underutilized resource. For the Laneway Futures T.O team, made up of recent graduates from OCAD University, using the laneways themselves to play host to this conversation, can help communities engage more constructively- and democratically- in planning improvements to these spaces. 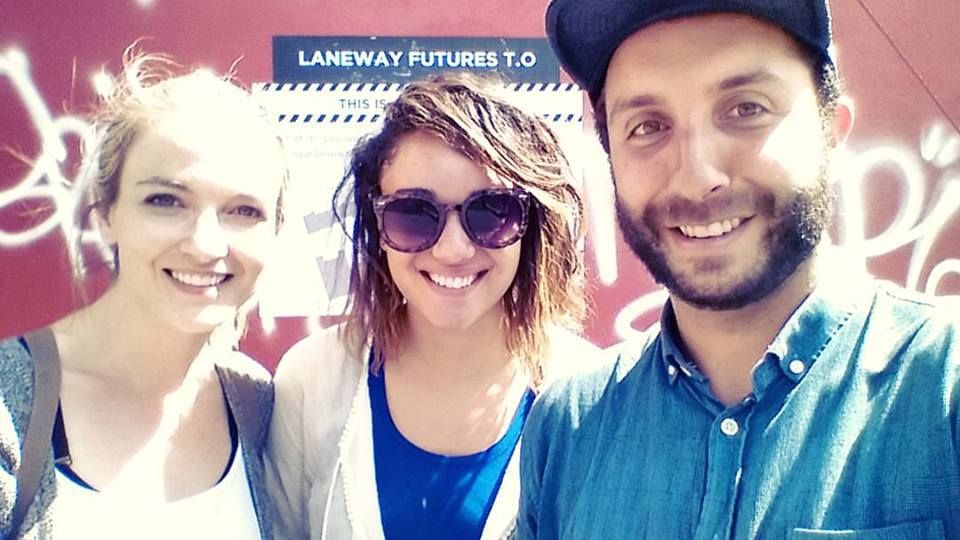 As part of the Danforth East Laneway Crawl on August 28th, responses from last month’s consultation will be used to create temporary laneway installations set in the year 2035. The team believes that providing residents with physical manifestations of their ideas will encourage a deeper exploration of what is possible-and preferable- for the future of Toronto’s laneways.

“One thing that stood out from the responses last weekend was the desire for the laneways to act as a hub of connectivity between neighbours, the community and the city at large; this appeared to be particularly important to local residents in the context of preserving their laneways and reducing unwanted behavior within them. Whatever we stage on August 28th, we will be sure to address these issues as well as other issues we will learn about in consultation with local residents,” says Stulberg.
The Laneway Futures T.O team invites you to join them in the laneway (just North of the Danforth, running East/West between Woodbine Ave. and Woodmount Ave.) on August 28th to experience this scenario first hand.

The team can be reached at:
LanewayfuturesTO@gmail.com