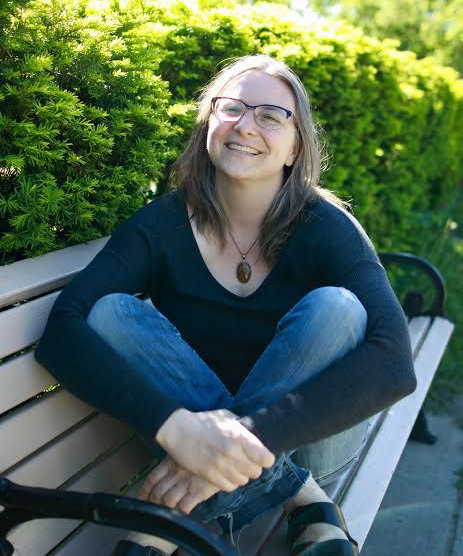 The Story of Firefly

It all began in a cute little sun room jutting off the back of her small, one-bedroom apartment.

She was on the main floor of a cottage-y little house in The Pocket.  The sun room wasn’t insulated and had to be heated all winter.  It would leak in a rainstorm so a bowl would sit on the table.  There was just enough room for a small group to gather around a wooden table.  It was epic.

A room full of magic – tucked away from the world.  It shared no walls.  A secret meeting place for people to share their stories.

A neighbour would leave her kids’ windows open at night so they could fall asleep to the sound of their laughter.

It was here where Chris first started offering writing workshops.  That was 12 years ago.

She followed her heart and posted some flyers made on her printer at home. She knew nothing about business and spent some time with a career coach. She was terrified and also really excited.

Her love of writing began as a teenager; as a safe place to freely express herself.  In her 20’s, she did memoir writing in old age homes.  She wrote poetry.  She left Ottawa to take history at UBC and thought a life of academia was in her future.  Yet she found herself taking creative things on the side – photography, writing classes, and film school.

It was at film school that she found her calling.

On Galiano island, off British Columbia, a guy named George had turned an old logging camp into a film school.  Small groups of students would stay together on the island, sleeping in bunk beds, eating their meals together, and learning all they could about film (while creating their own film in 7 days). Nights were spent together around a campfire.

Everyone was really whole there.  No one was pretending.  No one was posturing or competing.  They were all accepting of each other and seeing each other for who they really were.  It was an authentic and loving environment.

That is when it really switched for me.  Whatever is going on in this film school, around this campfire, that’s how I want to spend the rest of my life.  I want to figure out how to make this.

Knowing writing was her craft, Chris began learning all that she could about adult education and writing workshops.  She did her masters degree at OISE (in Adult Ed.) and sought to recreate this space for writers.  An environment where people would feel heard, excited, and creative.

She was able to do it in her little sun room and now again at her new studio at 1898 Danforth Ave.

There’s something special about the space at Firefly Creative Writing.

Everything has a story.

A symbol of warmth and communality.  It was around that little table in the sun room hundreds and hundreds of times.  Everyone drinking from the same teapot.  It feels really important. 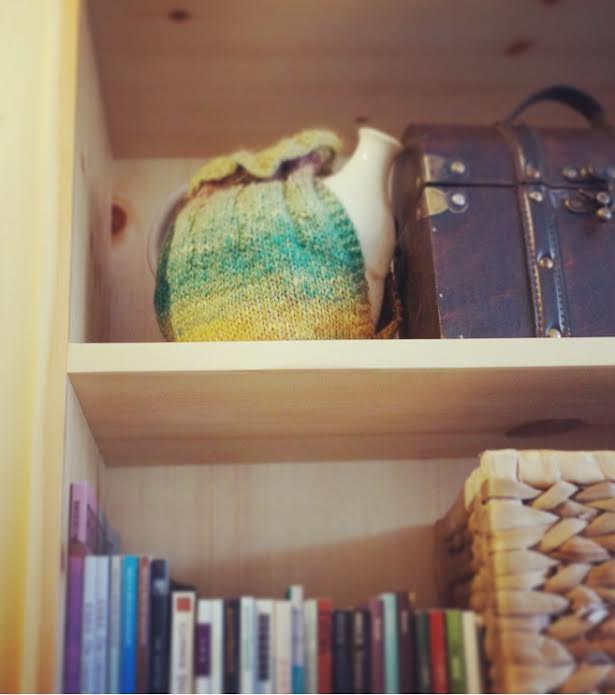 Before her first workshop in the sun room, Chris was super nervous.  Tammy, a career coach and friend, told her to write down what she wanted people to feel during her session – then tape it under the table.  Desperate, Chris wrote down three words and stuck it under.  Then she completely forgot it was there.

Just this past winter, Tammy suddenly passed away.  Just days before her funeral, Chris was in the process of moving the old workshop table over to her new studio space. When they took the legs off and flipped it over, there were her words. Confidence.  Reassurance.  Progress.  It was there the whole time.  Taped beneath for over ten years.  It was how she wanted to feel in that moment too. 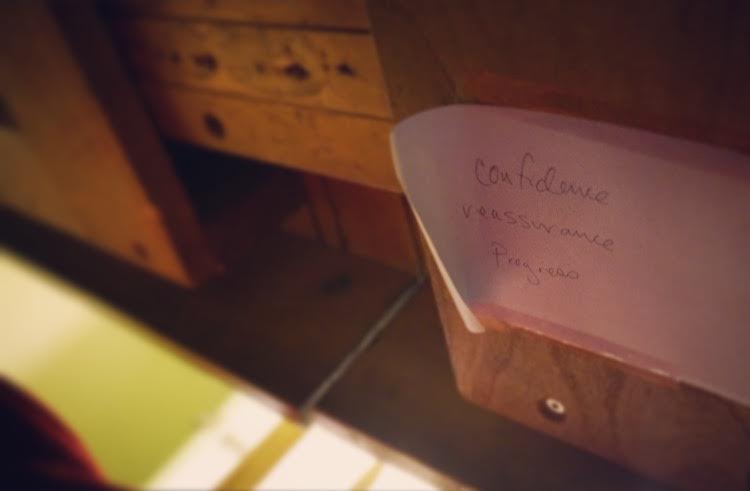 The note is still under one of the studio tables.   I had to go see. I snapped this photo lying on the floor under the table like a kid.

Before Firefly moved into the space it was a marijuana dispensary.  Picture an entire room painted bright blue from floor to ceiling, along with a huge psychedelic mushroom mural at the front.  Yikes. As a little reminder, a small swatch of colour remains on the wall when you first walk in.  It’s now part of a cool gallery wall. 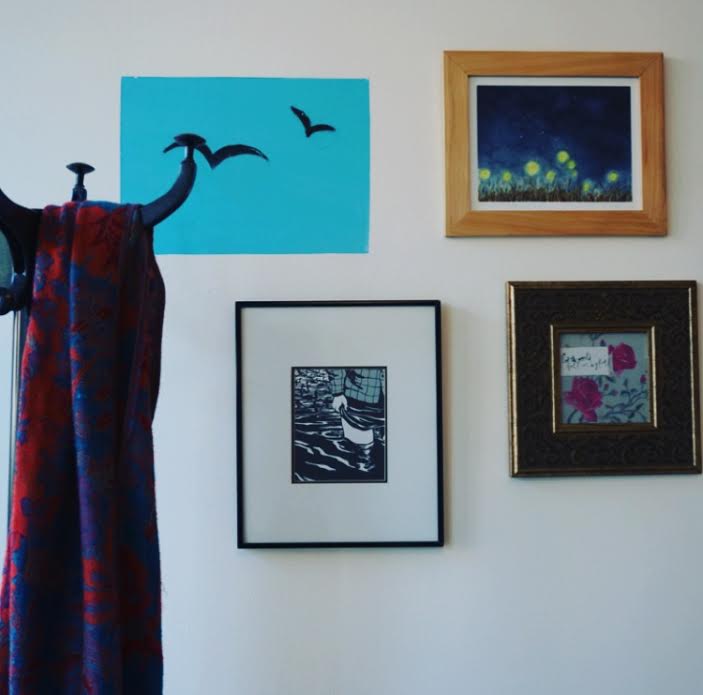 From the long beautiful wooden table in the main room to the little one of a kind clipboards, her boyfriend, Ian, has been busy working behind the scenes designing beautiful touches for the space and being her rock along the way. 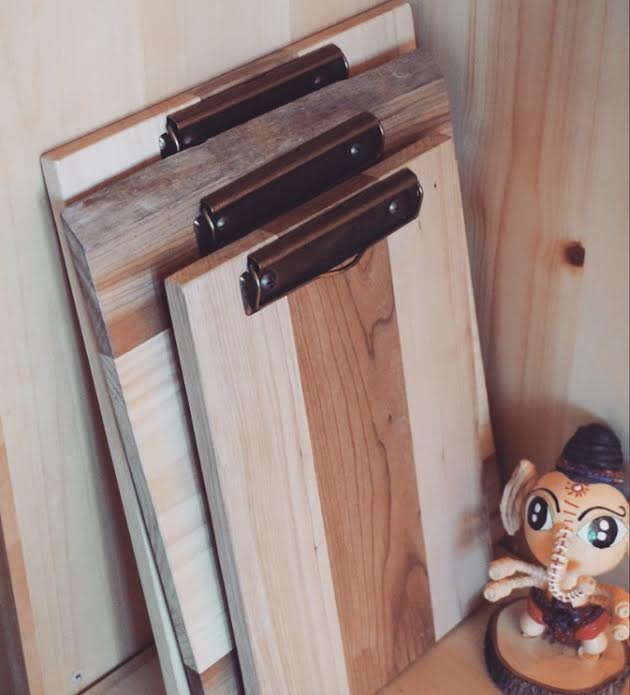 I could go on, but you need to go see it for yourself.  When you hear the meaning behind the different objects inside, you’ll fall in love with the place.

Since they’re often teaching or seeing clients in the back, just drop them a line to set up a time to come visit. They would love to have you.  Don’t be shy.  Chris and her team love curious neighbours.

And if you’re still wondering where the name Firefly came from, one last story…

Chris was at a writing retreat.  At the time she was trying to think of a new name for her business (formerly Footprint Memoirs) and her students were helping her brainstorm. She knew that she wanted something in the natural world – like a plant or animal or something organic.  They were throwing around ridiculous ideas until it was late at night and she was ready for bed.  She was sleeping in a tiny little cabin the size of an outhouse (it’s cool, she loves rustic things).  As she was walking to her cabin, she crossed a valley.  It was full of fireflies.  A sea of fireflies.  That’s when it hit her – Firefly!  Worried that it might sound cheesy or random, she wasn’t sold on it until after a little research.

She found out that fireflies live underground for years and years, until they are ready to come out and show themselves to the world.  She was like, oh my god.  I know that feeling.  To keep a creative heart underground and then to one day feel ready.  Firefly Creative Writing was perfect.

Maybe you can relate.  You love notebooks and the feel of paper under your fingertips.  You have a particular pen you like to write with.  Maybe you love writing but don’t see yourself as a writer.  If so, you need to step inside Firefly.  If you’re nervous, it’s a good sign.  It means it matters. Just stop by and see where it takes you… 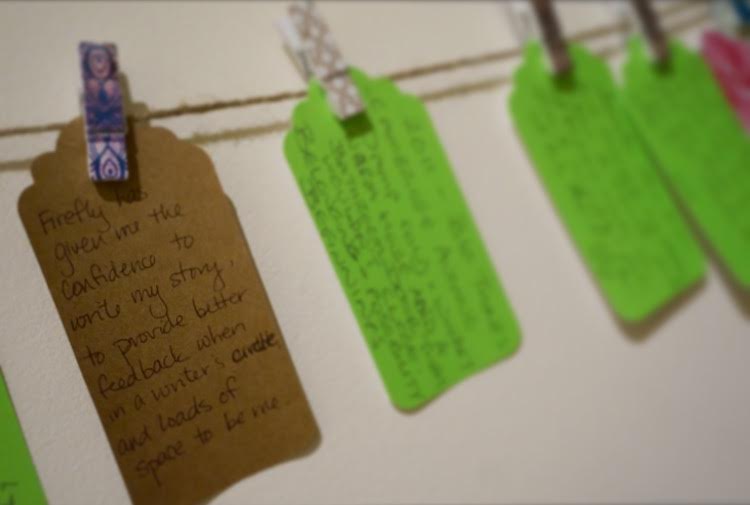 To learn more about Firefly Creative Writing and their workshops, one-on-one coaching, or retreats, check out their website. 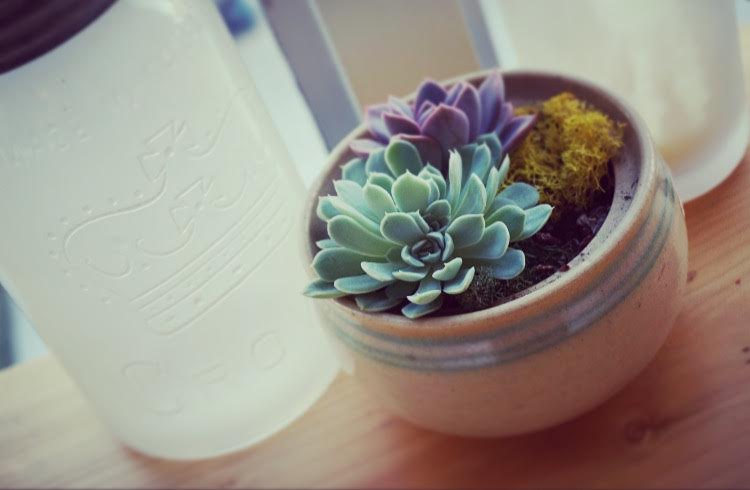 A Note from Lainie:
My family is about to enjoy some much needed time at the lake.  Watch for the next Humans of Danforth post in August!